On October 18th, I was invited by the Cambie Village Business Association to speak about social media for businesspeople in their organization and community. Many in attendance were retailers, but there were several other types of businesses represented too.

I often speak about social media, so that’s not the particularly interesting part. 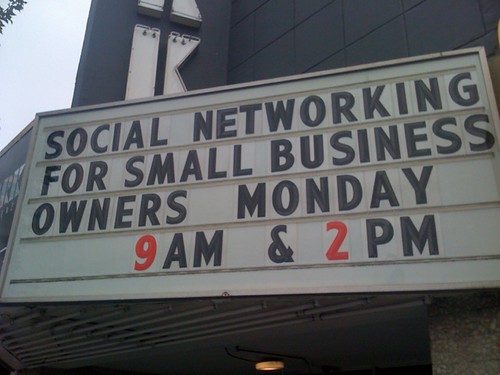 What was very cool was that it was in an old restored movie theatre – The Park Theatre on Cambie Street. They have a fabulous new projector, and have done a phenomenal job updating the old theatre.

Its also the largest screen I have ever projected PowerPoint on!

A few folks asked for my slides, which are not terribly self-explanatory without the dialog. Here they are:

Next time, hopefully, my name will be in lights! 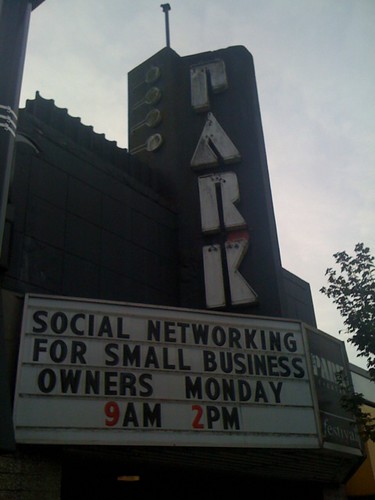